A downloadable game for Windows, macOS, and Android

Imagine a horror novel where you get to make the choices and decide how the story plays out: Welcome to American Angst, a text-based multiple-choice survival horror interactive fiction, combining RPG elements and turn-based combat with dark humor and satire.

Available for MacOS, Windows and Android!

"Fun way to waste an afternoon." – The Zombie Chimp

"If you like short horror stories, you will enjoy this." – Totally Gamer Girl

"A horror story at heart, American Angst is very well written. There’s just enough suspense and thrill that you’ll find yourself biting your nails as you play." – GameSpew

"Treat yourself to some textual scares." – HorrorTalk

"An atmospheric Text-Adventure with a surprising story." – Gwyn Gaming

A choice-based game slash novel, you try to escape from an underground prison complex – all the while suffering from amnesia, fighting off guards seeking your death, and slowly unravelling the mystery that brought you to this place, as you traverse the thin line between survival and revenge…

What American Angst is NOT:

What American Angst IS:

Created with Twine by M3G1DD0 aka Misha Verollet (@m3g1dd0 on Twitter), American Angst is an interactive fiction in the vein of Choose your own Adventure and Fighting Fantasy games.

"American Angst is a pastiche of slasher, survival horror, dungeon crawler and RPG games, influenced by 70s exploitation horror flicks and video nasties like The Hills have Eyes and The Last House on the Left, as well as films like Cube, Hostel and Running Man, or games like Resident Evil and Dead Space. American Angst is my first foray into game creation with Twine. It started as an experiment but quickly scaled to a larger pet project. I welcome your constructive criticism." – M3G1DD0 aka Misha Verollet

In order to download this game you must purchase it at or above the minimum price of 2.00€ EUR. You will get access to the following files:

Sounds neat, will definitely be keeping an eye on the project as it develops!

Thank you! I will be updating soon. The project is progressing steadily. 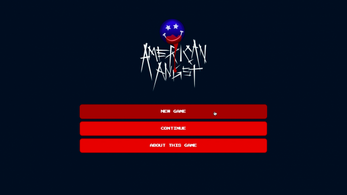 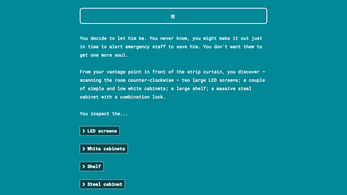 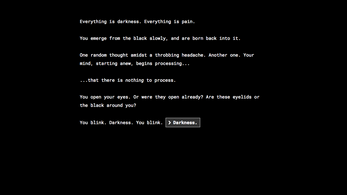 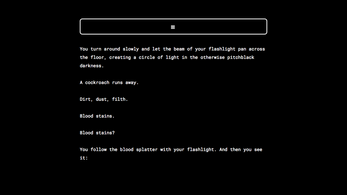 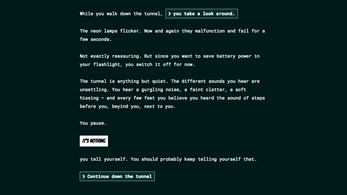 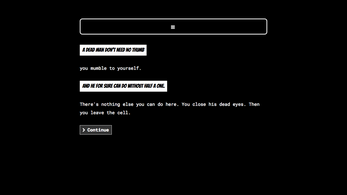 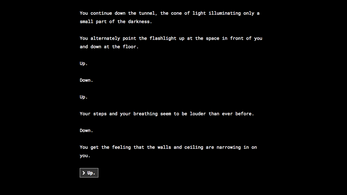 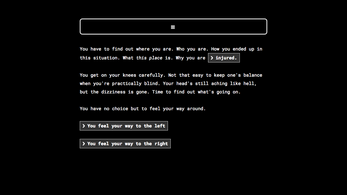 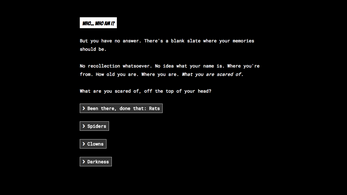 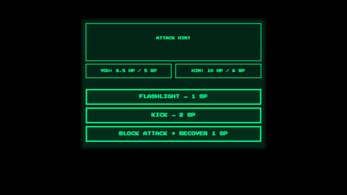